What is 360-degree feedback and why it's important? 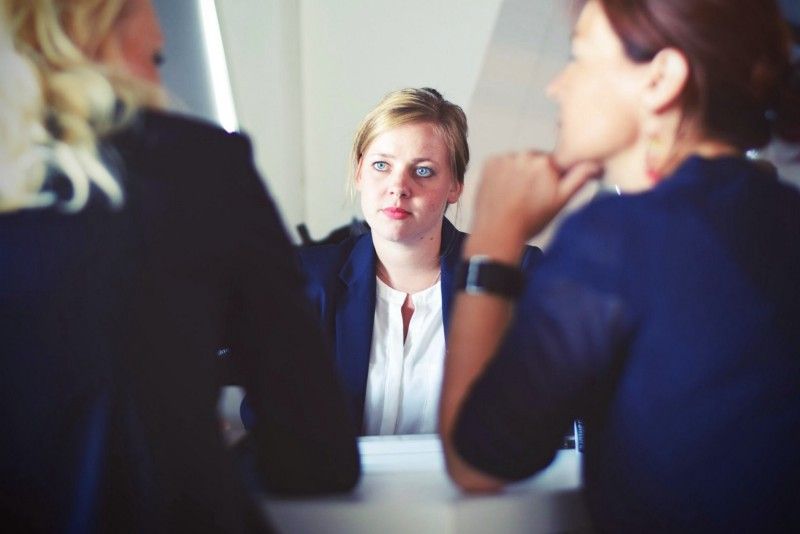 What is 360-degree feedback?

360° degree feedback is a professional feedback tool that allows a group of employees to give their opinion on a colleague’s performance. Feedback was traditionally requested by the employee’s manager. 360-degree feedback is a system or process in which employees receive confidential and anonymous feedback from the people working around them. These are usually the employee’s supervisor, colleagues, and direct reports. A mix of about eight to twelve people fills out an anonymous online feedback form that asks questions about a wide range of workplace skills. Feedback forms contain questions that are measured on a rating scale and also ask the evaluators for written comments. The person receiving feedback also completes a self-assessment questionnaire that contains the same questions that other people receive on their form.

Company managers and executives use 360° feedback surveys to better understand their strengths and weaknesses. The 360° feedback system automatically compiles the results and presents them in a format that helps the feedback recipient create a development plan. Individual responses are always combined with responses from other people in the same category of evaluators (e.g. peers, direct subordinates) to maintain anonymity and give the employee a clear picture of their greatest overall strengths and weaknesses.

360° feedback can also be a useful development tool for people who are not in leadership positions. Strictly speaking, a “non-management-oriented” 360 evaluation does not measure 360-degree feedback because there are no direct reports, but the same principles still apply. 360 feedback for non-managers is useful to help people to be more effective in their current role and to understand which areas they should focus on when switching to a leadership role.

How is 360-degree feedback used?

Companies generally use a 360-degree feedback system in two ways:

1. 360° feedback as a development tool that helps employees identify their strengths and weaknesses and become more effective

Used correctly, 360 is very effective as a development tool. The feedback process gives people the opportunity to give anonymous feedback to an employee with whom they may not otherwise feel comfortable. Recipients of feedback gain knowledge about the perceptions of others and have the opportunity to adapt their behaviors and develop skills that allow them to distinguish themselves in their work.

2. 360 Feedback as a performance evaluation tool to measure employee performance

The use of a 360-degree feedback system for performance evaluation is a common practice, but not always a good idea. It is difficult to properly structure a 360° feedback process that creates a climate of trust when you use 360° evaluations to measure performance. In addition, 360 feedback focuses more on behaviors and competencies than on basic skills, job requirements, and performance objectives. It is preferable for the employee and his or her supervisor to address these issues through an annual performance review and evaluation process. It is certainly possible and beneficial to integrate 360 feedback into a broader performance management process, but only with clear communication about how 360 feedback is used.

Why 360-degree feedback is important

This method provides complete feedback from colleagues, employees, co-workers, and supervisors and can be a significant improvement over an individual’s feedback. 360° feedback can also save managers time by allowing them to devote less energy to providing feedback as more people participate in the process. Colleagues’ perceptions are important and the process helps people understand how other employees perceive their work.

This feedback approach helps team members learn to work together more effectively. (Teams know more about the performance of team members than their superiors.) Multi-rating feedback makes team members more accountable to each other by sharing the knowledge they give about each other’s performance. A well-thought-out process can improve communication and team development.

360-degree feedback is one of the best ways to understand the personal and organizational development needs of your organization. You can find out what prevents employees from working together successfully and how your organization’s policies, procedures, and approaches affect employee success.

For many reasons, companies are no longer responsible for the career development of their employees if they ever were. While most of the responsibility lies with the employee, employers have a responsibility to create an environment in which employees are encouraged and supported in their growth needs. Multi-rating feedback can provide a person with excellent information about what they need to do to improve their career.

In addition, many employees believe that 360-degree feedback is more accurate, more representative of their performance and more valid than that of a single supervisor. This makes the information more useful for professional and personal development.

Reducing the risk of discrimination

When feedback comes from a number of people in different positions, discrimination based on race, age, gender, etc. is reduced. The “horns and halos” effect, in which a supervisor evaluates performance based on recent interactions with the employee, is also minimized.

Each person receives valuable feedback on the quality of their products or services, especially in feedback processes in which the internal or external customer is involved. This feedback should allow individuals to improve the quality, reliability, timeliness, and completeness of these products and services.

The disadvantage of 360-degree feedback

For every positive point raised by 360-degree feedback systems, criticism can have a disadvantage. The disadvantage is important because it gives you a roadmap that you should avoid when implementing a 360° feedback process.

Below are the possible problems with 360-degree feedback processes and a recommended solution for each of them.

Often, a 360-degree feedback process comes in the form of a recommendation from the human resources department or is accompanied by a framework that has been initiated into the process through a seminar or book. Just as a company implements any planned change, the implementation of 360-degree feedback must follow effective change management guidelines. A representative sample of the people who must live with and use the process should research and develop the process for your company.

A missing link in the process

For a 360° feedback process to work, it must be linked to your company’s overall strategic objectives. If you have identified competencies or have complete job descriptions, give employees feedback on their performance in terms of the competencies and tasks expected. The system will fail if it is an addition to, not support, your company’s direction and basic requirements. It should be used as a benchmark to obtain an overall picture of your organization.

Since 360-degree feedback processes are currently generally anonymous, feedback recipients have no chance to better understand the feedback. They have no one to ask for clarification on unclear comments or additional information on specific ratings and their basis. It is therefore important to develop 360° process coaches. Supervisors, HR managers, interested managers, and others are trained to help people understand their comments and develop action plans based on them.

Focus on negative aspects and weaknesses

At least one book, “First Break All the Rules: What The World’s Greatest Managers Do Differently,” advises executives to focus on the strengths of employees, not on weaknesses. The authors said, “People don’t change that much. Don’t waste time setting aside what you’ve left behind. Try to find out what was left of it. It’s hard enough already.”

In addition to the lack of training that companies offer to people who receive feedback and those who give feedback, there are many ways evaluators can be wrong. They can inflate the ratings to make an employee look good. You can distort the ratings to give a bad picture of a person. You can group informally so that the system artificially increases everyone’s performance. There must be checks and balances to avoid these pitfalls.

In traditional 360-day evaluations, feedback from multiple assessors increased the number of people involved in the process and the time associated with it. Fortunately, most multi-rating feedback systems today have online input and reporting systems. This almost eliminates this old drawback.

360-degree feedback is a positive complement to your performance management system if it is implemented with care and training to enable people to better serve customers and develop their own careers.

Looking for an efficient automated Performance Management system, we suggest you IceHrm which is one of the best HRIS systems which has so many HR functions automated into one system.

IceHrm is a Human resource management system for small and medium-sized organizations. This HRM software centralizes employee data and allows only one authorized person to access it, providing a high level of security. The presence module monitors employee time based on information about insertion and perforation. It covers all the basic HRM needs of a company such as Time Management, Attendance Management, Expense management, leave management, Recruitment management and handling employee information. 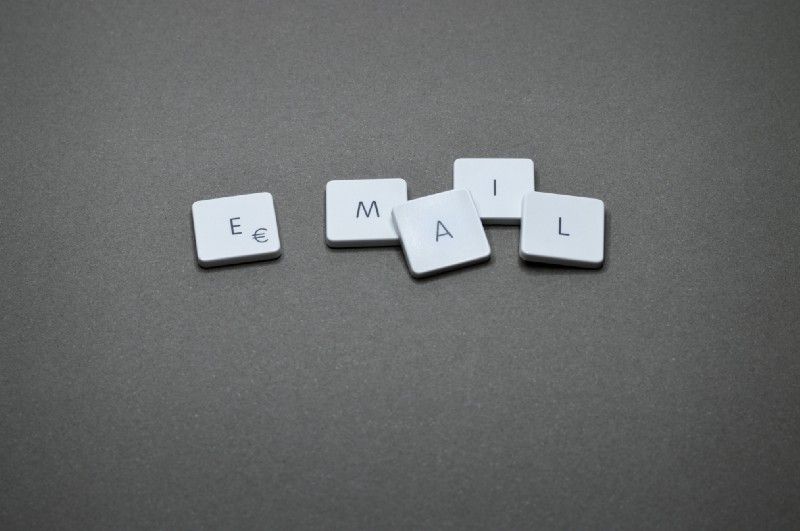 Use of emails in Business

No matter what the industry, e-mails ruin your life. This amazing, decades-long technology allows you to send messages around the world in seconds, almost for free.... 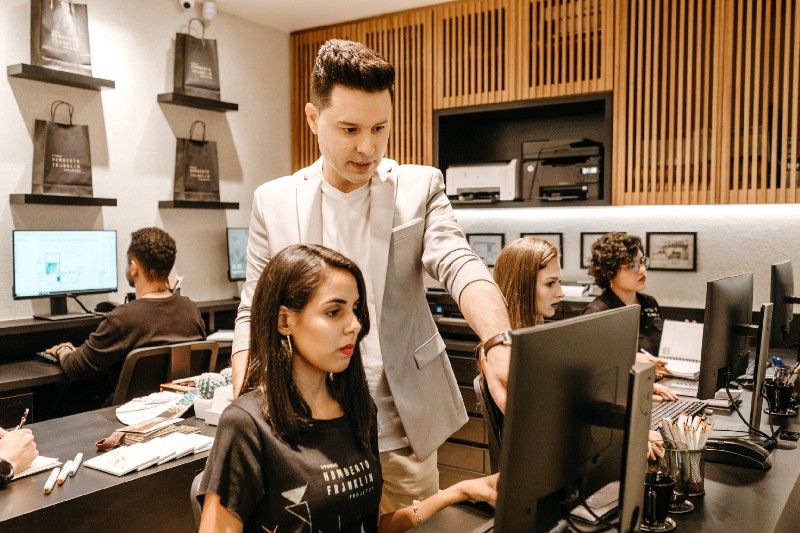 How to conduct an effective training and development process in your organization?

Employee orientation is the process by which new employees learn important organizational processes, qualities, and standards, establish working relationships and find out how they can work...