The Emergence and Development of HRM 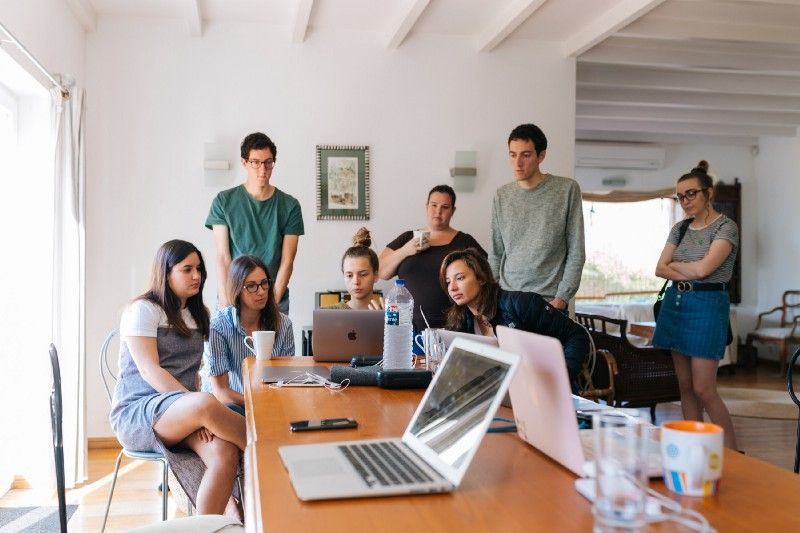 Personnel administration, which emerged as a clearly defined field in the 1920s (at least in the US), focused on the technical aspects of recruitment, evaluation, training, and remuneration of employees and was an integral part of the “personnel function” in most companies. The area did not normally focus on the relationship between unequal employment practices and overall company performance, or on the systematic relationships between these practices. There was also a lack of a unifying paradigm in this area.

HRM evolved in response to the significantly increasing competitive pressures that American companies began to face in the late 1970s due to factors such as globalization, deregulation and rapid technological change. This pressure has led companies to be increasingly reluctant to participate in strategic planning a process that anticipates future changes in environmental conditions (type and level of market) and adapts the company’s various components to effectiveness.

A company’s HRM function focuses on the human aspect of management. These are practices that help the company deal effectively with its employees in the various phases of the employment cycle, including pre-employment, staffing and post-employment, during the pre-employment phase with planning practices. The company must decide what types of jobs will be available in the coming period and determine the qualifications required to perform these jobs. During the hiring phase, the company selects its employees. The selection procedures include the recruitment of candidates, the evaluation of their qualifications and finally the selection of those considered to be best qualified.

The term “Human Resource Management” is more recent. In its modern sense, it has been mainly used since the 1980s. In antiquity and for a long period of the Middle Ages, the production of goods was mainly carried out by experienced and skilled craftsmen. They themselves owned the tools and instruments, produced items and sold them on the market.

A kind of human approach was involved in their relationship. After a long training period, many trainees started their own business, and many others remained attached to their master on lucrative terms. In the Middle Ages craftsmen also founded guilds, mainly to protect the interests of their respective trades.

These guilds also determined the price of their products, the wages of companions and wage earners, and regulated the conditions of their employment. Antiquity and much of the Middle Ages also testified to the dominance of some other different types of workers. They were slaves, serfs, and temporary workers.

A brief description of how they have been treated and managed will be important to a good understanding of human resources management from a historical perspective.

Slaves were an important source of labor in almost all ancient civilizations. They could be sold and bought like commodities. Their main buyers were wealthy leaders, landowners, tribal chiefs and business people in difficulty. Slave buyers had quite complete control over their slaves.

The slave masters relieved them of various laborious tasks, such as carrying heavy loads, rowing, building, and fortress construction, digging canals, cattle breeding and tillage. Compensation or compensation for their efforts consisted mainly of food, shelter, and clothing. Slaves were treated with iron hands.

They are subject to strict surveillance and non-compliance with the orders of their masters or superiors is generally punished by physical torture, occasional mutilation of members and even death sentences for serious crimes.

Serfdom was widespread in feudal societies in the pre and early Middle Ages. The serfs were used by the owners mainly in agricultural businesses and related areas. The owners generally gave them land for their living space and often also land for their own culture. In many cases, they received a miserable amount of money to stay attached to their masters.

Instead of these facilities, serfs and their family members had to serve their masters. The work assigned to the serfs consisted mainly of tillage, livestock, household chores, and other similar activities. Many owners would also give them a meager salary, in cash or in kind. As a general rule, serfs could become free after returning to their masters, habitat, plot of land and move forward with interest. They can also be given to another owner against payment.

Under servitude, there was a certain degree of a personal relationship between the owners and the serfs. Many landlords have often tried to resolve their real grievances and provided assistance to those who needed it. Feudal lords also occasionally provided their serfs with economic incentives in the form of additional supplies of food crops and money for their increased productivity and good behavior.

Although the administration of slaves is based on the principle of authoritarianism, the element of human treatment is often found in their relationship. With the abolition of the feudal system, serfdom also came to an end. However, some remnants of the past can still be found today, especially in rural areas. The debt binding system in India is comparable to the serfdom system that prevailed in European countries in the Middle Ages.

The system of contractual work came into being mainly with the rise of mercantilism and the advent of the industrial revolution. The discovery of new lands by sea and land has led to a significant increase in the demand for European goods abroad and, at the same time, to the development of industries on the continent.

As a result, trade exploded and mercantilists tried to accumulate as much wealth as possible by exploiting expanding markets. In their quest to maximize wealth, traders would offer attractive incentives to artisans to accelerate the production of goods in demand. Craftsmen reacted and began to employ an increasing number of trainees and employees to meet the demand for products.

4. Beginning of the industrial revolution and its consequences:

This has led to an unprecedented demand for various categories of labor at home and abroad. Although a large part of the demand for labor has been met by the massive migration of people from rural areas to industrial centers and cities, the supply has proved insufficient to meet the growing demand of different categories of workers.

Due to the insufficient normal labor supply, employers have used the practice of providing workers with a lucrative amount of money and making arrangements with them to cooperate with their employers for a specified period and on agreed terms, and once that period has expired and the agreed terms are met, they would be released.

European employers have recruited large numbers of workers under contracts. Under British rule in India, British employers entered into agreements with a large number of temporary workers and sent many of them abroad to their colonies, including South Africa, Mauritius, and South-East Asia.

The management of contract work was very different from that of slaves and serfs. As long as these temporary workers remained with their employer, they had to comply with the mutually agreed terms and conditions as well as those unilaterally set by their employer.

The breach of contract was a criminal offense. Contract workers and their freelance colleagues have faced many problems related to low wages, excessive working hours, unhealthy and dangerous working conditions and precarious employment.

Since neither their employers nor the State provided relief, they began to exert joint pressure on both sides to improve their living conditions. However, their combinations have been declared illegal by the courts and under common law and special legislation.

Notable features of the management of workers with employment contracts include strict supervision, compliance with employer instructions and regulations, severe disciplinary measures in the event of misconduct, the establishment of certain workplace facilities, incentives to increase productivity and the adoption of measures to deal with workers’ genuine complaints.

Primary responsibility for the management of employees with employment contracts rests with local managers and supervisors. The employer has generally made comprehensive policy decisions and has asked local managers to ensure compliance. For example, the main element in the management of employees with an employment contract was based mainly on the principle of dominance and subordination.

Employers were aware, however, that temporary workers would be made redundant at the end of the contract period. Anticipating the difficulties they might face in gaining new hands with the necessary skills, they began to motivate competent temporary workers to stay in their jobs by increasing pay, promises of promotions and improved facilities.

6. Industrial well-being
Industrial well-being was the first form of human resources management (HRM). In 1833, the Factories Act stipulated that there should be male factory inspectors. In 1878, a law was passed to regulate the working hours of children and women by providing for a 60-hour workweek. Meanwhile, unions have begun to form. In 1868, the first union conference was held. This was the beginning of collective bargaining. By 1913, the number of social workers in the industry had increased and a conference organized by Seebohm Rowntree was held. The association of social workers was later renamed the Chartered Institute of Personnel and Development.

7. Recruitment and selection
It all began when Mary Wood was asked to get involved with girls during the First World War. During the First World War, staff development accelerated as a result of government initiatives to encourage the optimal use of human resources. In 1916, it became mandatory to have a social worker in explosives factories and was encouraged in ammunition factories. A lot of work has been done in this area by the armed forces. The military has focused on how to test capabilities and IQ and other research on human factors in the workplace. In 1921, the National Institute of Psychologists established and published the results of studies on selection tests, interview techniques, and training methods.

8. Acquisition of other personnel activities
During the Second World War, the focus was on recruitment and selection, followed by training, morale and motivation, discipline, health and safety, joint consultations and wage policies. It was, therefore, necessary to set up a personnel department with qualified staff.

10. Legislation and regulations
In the 1970s, labor legislation was strengthened and the staff function took on the role of specialized advisors to ensure that managers did not violate the law and that cases did not end up in labor courts.

11. Flexibility and diversity
In the 1990s, a major trend emerged: employers were increasingly seeking to make employees’ working hours more flexible due to the increase in the number of part-time and temporary contracts and the invention of telework. The workforce and work models are diversifying and traditional recruitment practices are becoming unnecessary. In 2000, the growth in Internet use meant the transition to a society 24 hours a day, 7 days a week. This has created new jobs in e-commerce while jobs have been lost in traditional sectors such as stores. This meant an increased potential for employees to work from home. Organizations need to think strategically about the issues that these developments raise. The role of HRM managers will change as the changes occur.

Looking for an automated Human Resource Management system, we suggest you IceHrmwhich is one of the best HRIS systems which has so many HR functions automated into one system.

IceHrm is a Human resource management system for small and medium-sized organizations. This HRM software centralizes employee data and allows only one authorized person to access it, providing a high level of security. The presence module monitors employee time based on information about insertion and perforation. It covers all the basic HRM needs of a company such as Time Management, Attendance Management, Expense management, leave management, Recruitment management and handling employee information. 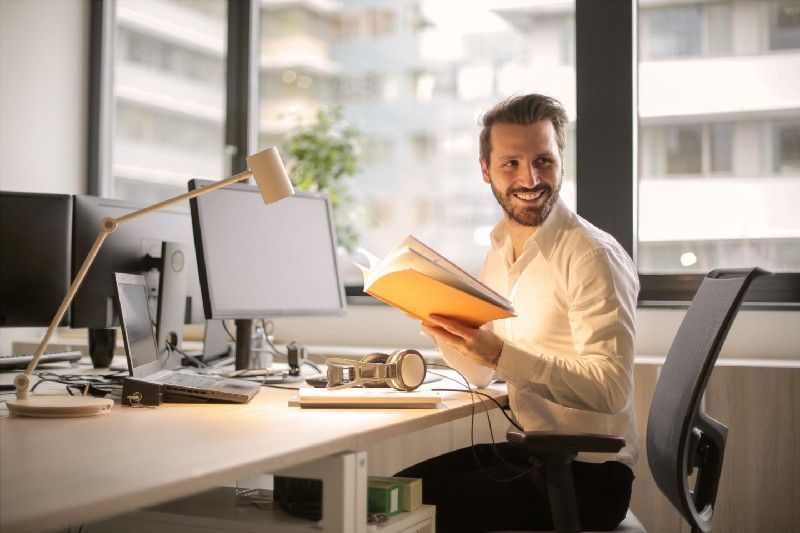 The services of a human resource manager are very diverse. Their roles cannot be defined and develop constantly according to the development of the company and... 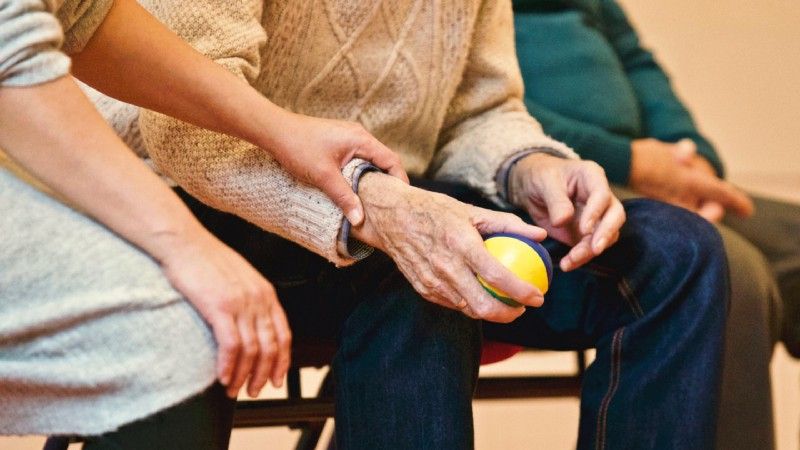 Corporate Social Responsibility and why it's important for a company

Corporate Social Responsibility (CSR) is the way in which companies manage their business processes in order to achieve an overall positive impact on society. It’s...